I don’t know why, but every city, no matter how big, has some insanely stacked dictator-looking McMansion somewhere outside the city limits. If you sort your Zillow results as Price: High - Low, this house will pop up first. It costs something like $5,000,000. It is 10,000 square feet. There are usually frescos and tawdry gildedness of some variety. The realtor’s text brags of marble and uses the word “Manor.”

Today, our house, squarely in this category, is found in the suburbs of Milwaukee, WI, not really a place known for unhinged 21st century robber barons. In fact, I find Wisconsin to be one of the least McMansion-dense states in the country. Even the guy who invented Culvers or the Milwaukee Bucks probably has a much less insane house than the one I’m about to show you:

Built in 1999 (owing to what kind of economic event outside of perhaps the dot-com bubble, I’m not sure), this house is indeed around $5 million and 10,000 square feet. I am not sure how much of the square footage includes the garage. Anyway, if you told me this house was from Wisconsin, I would not have believed you. Illinois, maybe, the DC area, maybe, California, maybe, Texas, most likely. But no. It is in Milwaukee and it is the one house in the surrounding area that looks like this and costs this much.

In typical local-magnate fashion, the house opens up with white and gilding. This is how you know the people who live there are really rich and have Made It. All the McMansion signifiers are present: chopsticks machine, lawyer foyer, puzzling and dull art, always in imitation of something architecturally undefined but possibly French.

In an attempt to not be too off-putting (indeed, having a ceiling full of religious symbolism seems a bit overzealous even if its purpose is to scream “I HAVE MEDICI-LEVEL AMOUNTS OF MONEY”), the house is furnished, well, normally. It cannot decide whether it wants to sell (it will never sell) or if it wants to lean into being an eccentric millionaire’s house. This is very cowardly.

Perhaps the decorative thought process comes from a desire to elevate the ordinary into the realm of the sublime. Sure, let’s go with that and not the fact that obscenely rich people are uniquely obsessed with French Rococo aesthetics because they long for a time when democracy wasn’t real.

On the other hand, I guess you don’t really need a functional kitchen if you never have to work a day in your life!

One thing that strikes me about extremely rich people is sometimes they don’t know how ordinary people live and function and in this case, design a bathroom. Hence, they are one clogged toilet away from carpet replacement. Imagine living life on the edge like that.

“I wish to lie awake and stare wistfully into copies of my visage.” - things totally normal people would say.

Everyone needs to have one chinoiserie room in their house - it’s part of being a global citizen. Also I appreciate the effort of turning six acres in Wisconsin into Versailles 2. That’s a worthy endeavor because $6 million dollars goes half as far in California. You might be able to buy a shrub for that much.

Finally, we reach the rear of the house, which is, well, phallic:

Obviously this is paying homage to the vernacular forms of the grain silo. Or something.

Not into recurring payments? Try the tip jar, because media work is especially recession-vulnerable.

Casey Johnston Turned Bulking Up Into a Business. "The unlikely weight-lifting coach is making a killing arguing that pumping iron can be for everyone." Love to see this taking off! [thecut.com]

The release of Indiana Jones and the Temple of Doom is closer to World War II than it is to today. WHAT [botsin.space]

Is the sun a node in a gigantic alien space internet? "Through a phenomenon known as gravitational lensing, aliens could be transmitting signals using the sun, but a quick scan for such signals has turned up nothing." [livescience.com]

Note: Quick Links are pushed to this RSS feed twice a day. For more immediate service, check out the front page of kottke.org, the Quick Links archive, or the @kottke Twitter feed.

kawen
reply
"Are aliens using a quirk of the sun's gravity to transmit information through an interstellar communication network?"

It is 1987. The movie sold out, and there is no way we are going home early. There aren’t many places for us to go, and we only have like ten bucks, each, so this is where we end up.

I mean, not here, specifically, but if you are already smelling the old coffee, the smoking section, the rancid grease, and maybe I think that’s pie crust from this morning? You know what I’m talking about. You’ll find one in every town, you’ll see.

Bless all the servers who endured a table of teenage nerds who bought a single plate of fries to share and got refills of soda for three hours, tipped like shit because they didn’t know any better, and loudly argued about comic book characters when they weren’t even more loudly quoting Monty Python. We didn’t know how much we would come to retroactively appreciate you, and the safe place you were part of.

This sort of thing is going to get more and more common. For decades, the assumption among people who want to move to the Southwest is that the government won’t let them run out of water. Never mind that the water is disappearing and that it can only support so many people. Nope, let’s just not think about it. The government will bail us out (as we vote for Paul Gosar of course because we hate the government). Welp…..that might not happen.

Joe McCue thought he had found a desert paradise when he bought one of the new stucco houses sprouting in the granite foothills of Rio Verde, Ariz. There were good schools, mountain views and cactus-spangled hiking trails out the back door.

Then the water got cut off.

Earlier this month, the community’s longtime water supplier, the neighboring city of Scottsdale, turned off the tap for Rio Verde Foothills, blaming a grinding drought that is threatening the future of the West. Scottsdale said it had to focus on conserving water for its own residents, and could no longer sell water to roughly 500 to 700 homes — or around 1,000 people. That meant the unincorporated swath of $500,000 stucco houses, mansions and horse ranches outside Scottsdale’s borders would have to fend for itself and buy water from other suppliers — if homeowners could find them, and afford to pay much higher prices.

For residents who put their savings into newly built homes that promised desert sunsets, peace and quiet (but relegated the water situation to the fine print), the turmoil is also deeply personal. The water disruption has unraveled their routines and put their financial futures in doubt.

“Is it just a campground now?” Mr. McCue, 36, asked one recent morning, after he and his father installed gutters and rain barrels for a new drinking-water filtration system.

“We’re really hoping we don’t go dry by summer,” he said. “Then we’ll be in a really bad spot.”

In a scramble to conserve, people are flushing their toilets with rainwater and lugging laundry to friends’ homes. They are eating off paper plates, skipping showers and fretting about whether they have staked their fates on what could become a desiccated ghost suburb.

Some say they know how it might look to outsiders. Yes, they bought homes in the Sonoran desert. But they ask, are they such outliers? Arizona does not want for emerald-green fairways, irrigated lawns or water parks.

That point is true enough, but then this water is also tied up in the legal system. In this case, the city of Scottsdale is prioritizing its own residents over selling off water. Whether it should do that or not is a different question. It can and it is. All of these people building cut-out mansions in the desert and just assuming that the water will be there miiiiiiigggght just want to think a little harder. Hell, if they did that, maybe they’d even rethink Gosar.

Nezchan
reply
This talks a lot about sprawl using up water, and that's valid and all, but very little about how unsustainable agriculture upstream is using far more of that water. It's much the same situation as Lake Mead, and many other depleting watersheds.

kazriko
Ehhh. Far more of the water is used for agriculture downstream, rather than upstream. The upstream states are using only about 1/5th of the total water in use. 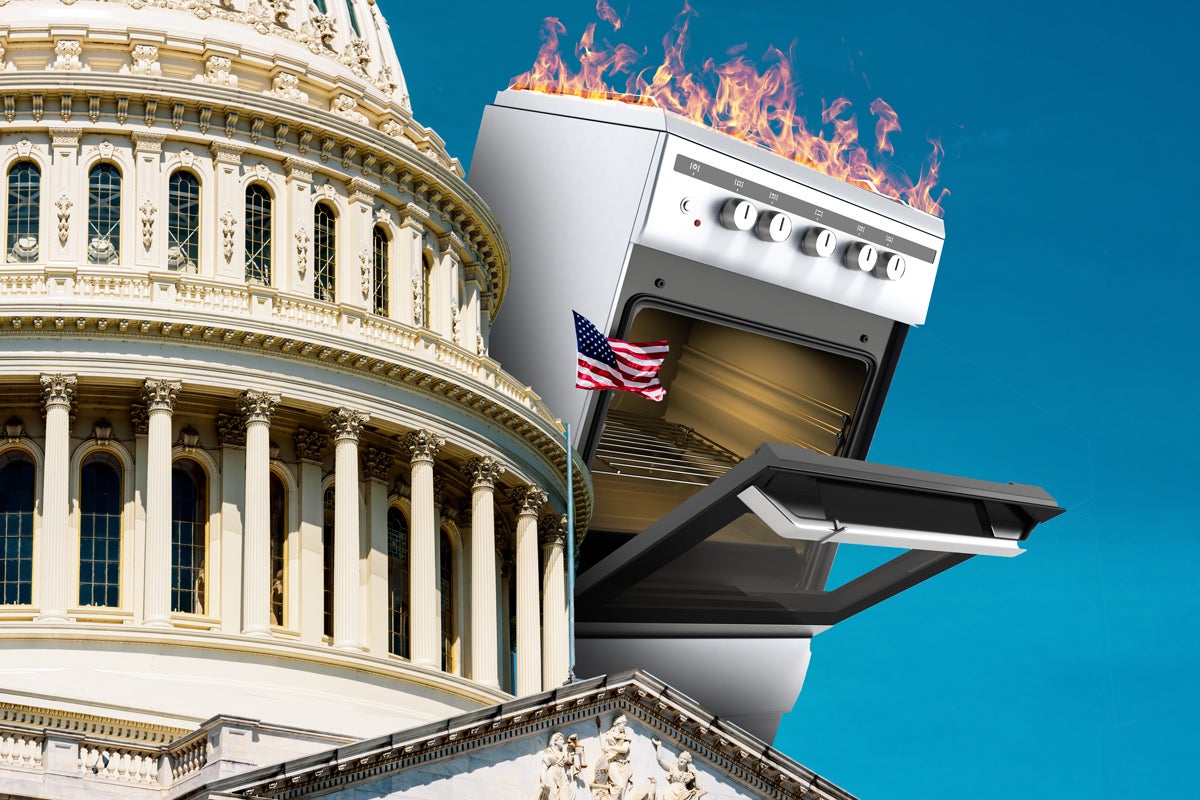 What quietly went away without anyone noticing? by /u/lukiiiiii
Saturday January 14th, 2023 at 10:50 PM